In honour of Mother's Day this weekend, we have a guest post from Erica. Erica lost her mom Lynn, on April 22, 2009. Lynn was 49. Erica, now 28, was in her early twenties at the time of her mother's passing. Shown here in the photo is Lynn. Erica did not title her post but we think she will be okay with us titling it, 'MISSING MOM'. 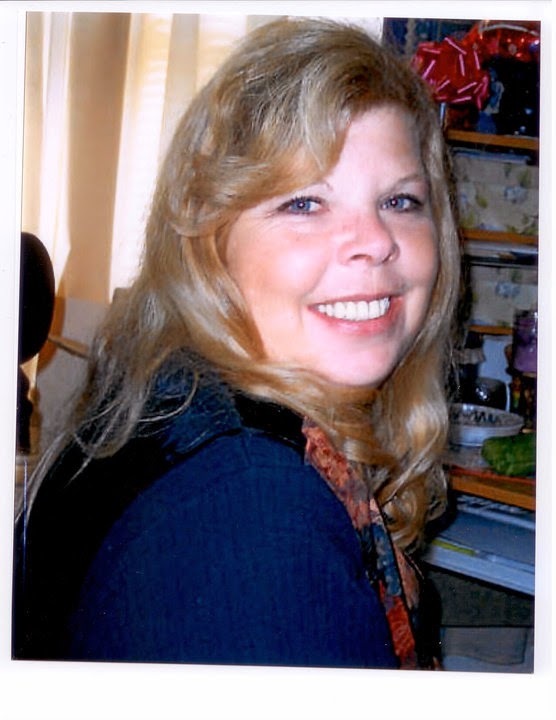 If you have ever had the misfortune of losing someone close to you, then you will have undoubtedly heard the practically reflex response from well-meaning sympathizers:  "Time heals all wounds."  A little over five years ago, I lost my mother suddenly and unexpectedly, and I have spent the subsequent years focusing my energy toward healing the gaping wound in my soul.  Or so I thought.  If depression threatened to overcome my mood, I banished the emotions until I could properly deal with them.  I reminisced with family and friends, remembering both the good and the bad times.  I cried judiciously but never overindulged, and I did as the psychology textbooks suggested by working through the varying stages of grief.  In fact, my armchair mental health self-assessment was that of recovery.  With each passing day, I felt like I had taken one more step to finally being okay—or as okay as was possible—that she was gone.  I made terms with not being able to see her again, and I understood that I could not let her death define my life.

Why then did the fifth anniversary of her passing followed shortly thereafter by Mother's Day cause me to spin into a practically uncontrollable state of depression, denial, and pain?  After five years, shouldn't time have started healing those wounds?  Instead, these past weeks have been nearly as painful as the first weeks following her death, and I struggled to understand why.

By nature, I am a rational person who scrutinizes problems and makes decisions based on logical reasoning, but what I came to understand this year is that grief is not a solvable problem.  There are no simple series of actions which you can employ to fix it.  Grief is raw.  It leaves you racked with exhaustion and sorrow, helpless and alone.  It can come on suddenly or slowly build, but grief will find you.  There is nothing you can do to hide from it, to stop it, or to solve it.  As my mom liked to say:  "It is what it is."

The depression and anxiety slapped me hard across the face this year, and I was forced to deal with emotions I had not felt in a long time.  Grief forced me to stop reasoning my way out of it.  It would not permit me to distract myself, nor would it let me escape without breathlessly sobbing, not the choked back, restrained tears I allowed myself in the past.  This year, grief wanted something more from me, and I had to give up control and indulge.

Coinciding with my breakdown was the first year I had to work on the anniversary of her death.  Usually, I could take the day off, but I co-own an up-and-coming lingerie boutique in North Carolina.  Without my presence at the store, we need to close our doors, a sacrifice in sales I cannot justify.  As a result, I put on my best fake smile, played upbeat music all day, and generally found whatever tasks would keep me the busiest and less able to reflect on the loss.

Ironically, working actually allowed my grief and denial to gain access to my emotions.  You see, without my mom, there would be no store, and I was keenly aware of her presence, or non-presence as the case may be.  Her spirit infuses the business as much as if she worked in the shop alongside me, and working that day allowed me to contemplate the ways in which she prepared me for life and for the challenges I would face.
My mom did not take any backtalk or excuses from my brother and me, and she instituted firm but fair rules for us to follow.  When adolescent rebellion threatened my studies, she grounded me and explained that she had no problem with me earning a “C” in a subject provided I truly earned it.  “If you worked hard and really tried, and the best you could do was C, then I would be very proud of you.”  Failure was not only acceptable but a necessary part of learning and growing up according to my mom, but only if we had given our all in the attempt.  She never approved of “coasting by” with the bare minimum, and her encouragement to strive for excellence drives the mission of my business.   Because her dedication and passion rubbed off on me over the years, I do not strive to own an average bra shop nor do I strive to own a wildly successful one if it comes at the cost of our core values.

Despite her encouragement and sometimes prodding, my mom was not afraid to step to the sidelines and let us experience life independent of her protection.  In a touching letter I still posses, she told me she would always be there for me, “two steps behind and a little to the left.”  She wanted to give us the skills we needed to succeed on our own and the confidence to chase after our dreams.  What is my business if not a dream realized?

Her friendship and loving support was not limited to her family either.  My mom never met a stranger.  She was warm, kind, and welcoming to everyone, and she would help others in any way she could—a trait she instilled in my brother and me.  She allowed us to be selfish in moderation since taking time for yourself is important too, but she wanted us to look beyond ourselves and think of how our decisions, how our actions, and how our words impacted others.

But, her wisdom expanded into the practical realm as well.  We watched decorating shows together all the time, and she was a whiz with the sewing machine.  She could change the entire look of a room with a $50 budget, so when we (Edit Note: 'we' being Erica and her business associates, as she opened her lingerie boutique after Lynn's passing) began upfitting the store, we searched for bargains, made our own furniture, and opted for a bolder color on the walls to inject some fun into the space.  When she was alive, we engaged in our own projects on more than one occasion from refinishing a jewelry cabinet to repainting the house.

Memories and feelings I had denied myself access to came barreling back no matter how hard I fought them, and I had no choice but to finally allow myself to feel the loss.  What I realized after so many years of waging an aggressive war with my grief was that it's okay.  To grieve is not to be weak.  Grief is normal and healthy, and there is no shame in not being able to wholly move on or to fully heal.  As much as we may wish that time could erase all of the pain and heartache we suffer, it can't.  Time can mitigate a lot of things, perhaps to an extent grief is one of them, but we shouldn't be made to feel that after an arbitrary amount of time, the wound will heal or that it even can heal for that matter.  Grief is what it is, and accepting that has made me more at peace with her passing—not healed and not recovered but accepting.

To close, I want to say something I never said enough to my mom when she was a live:  "Thank you for believing in me and raising me to be the person I am."  I will forever in debt be to the woman who loved her children above anyone or anything else in this world, and I wish with my whole heart that you could be here to see what we have built and share the experience.  You are my inspiration, and I will forever look two steps behind and a little to the left hoping you’ll be there.